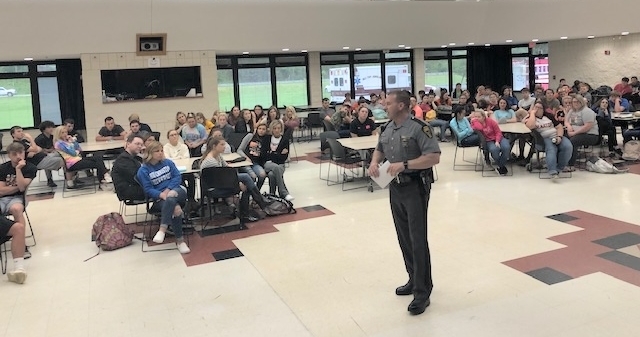 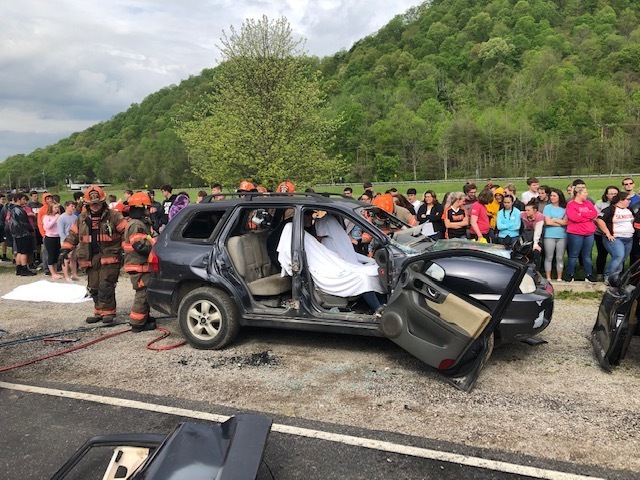 Area emergency personnel worked together to stage a mock wreck last week for PWHS juniors and seniors to warn of the dangers of drinking and driving.  Prior to the staged wreck, students were presented with first responders' accounts of tragedies that occurred as a result of drivers who were under the influence of drugs or alcohol. Following the discussion, students moved outside to view the action surrounding the mock wreck, including a Life Flight helicopter removing a victim from the scene. 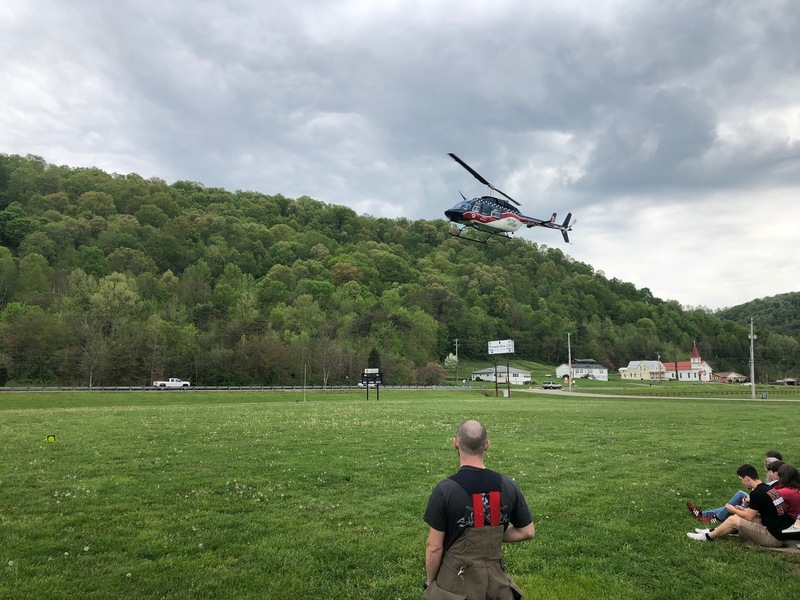