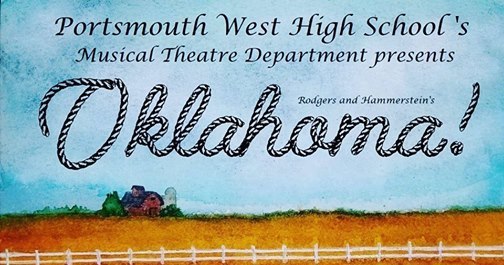 PWHS Vocal Music Department and Thespian Troupe #5739 will present the musical, OKLAHOMA on Mother’s Day Weekend, May 10, 11 and 12, 2019 at the Vern Riffe Center for the Arts at Shawnee State University. The musical is set in the Oklahoma territory in the early 1900s telling the story of two pairs of lovers: Curly is a cowboy who has trouble admitting his feelings to Laurey, who also is stubborn in admitting her feelings for him. Jud, the antagonist of the show, tries to come between them. Ado Annie is torn between Will, a cowboy who has strong feelings for her, and Ali Hakim, a peddler who is a habitual flirt.

‘Hope to see you at the Vern!