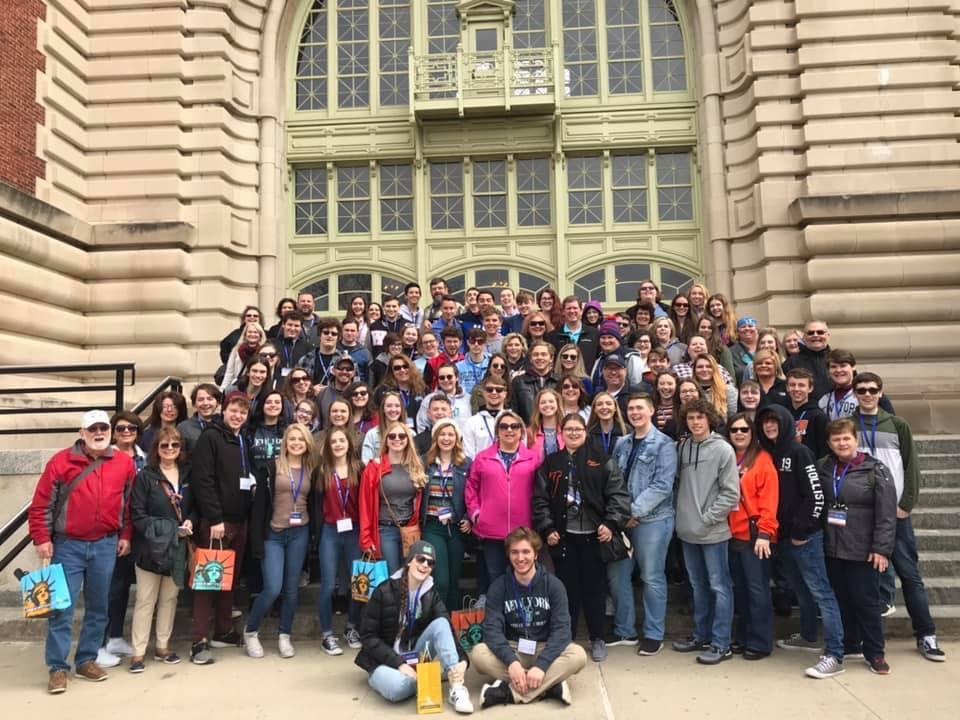 Portsmouth West High School Choir traveled to New York City in April on a four day tour. The itinerary included a trip to the Statue of Liberty, Ellis Island, Empire State Building, Chinatown, the Metropolitan Art Museum, Central Park and the 911 Memorial. Much to the delight of passersby, students gave an impromptu performance at Grand Central Station and later at St. Patrick’s Cathedral where they received applause from the crowd!

All  students attended a night at the theatre with the Phantom of the Opera. In addition, some  cast members of the school’s production of Oklahoma visited the Broadway’s premier week production of the revival of Oklahoma. The group concluded the trip with a stop at the site of the Flight 53 crash in Pennsylvania.