This search form uses an instant search feature. As you type, search results will appear automatically below the search field. When you've entered you desired search terms use tab to navigate through the available results and hit enter to open the selected page or document.
EDIT MAIN

By now, the students at Portsmouth West High School have clearly learned how to navigate these unusual learning experiences. The proof lies in the fact that several West Beta students were not willing to rest on their wins at the National Beta Club Ohio state convention that was held in Columbus back in February. Typically, state winners move on to compete at the national convention in June. Yet this year, the national convention had to move to a virtual platform, so instead of traveling to Texas, West Betas took the initiative to submit their competitions virtually. As a result, PWHS has a record number of competitors as well as winners in the Top 10 in the nation.

Portsmouth West H.S. has a deep tradition with the National Beta Club, an academic-service organization, since its establishment in 1987 under sponsors Cecile and Steve Rapp. Since then, the club has been under the sponsorship of Alison & Richard Smalley for the last 24 years. Both Smalleys have served National Beta in their own way by serving as State Sponsor for Ohio. West is looking forward to next year’s competitions since all national winners are only juniors. 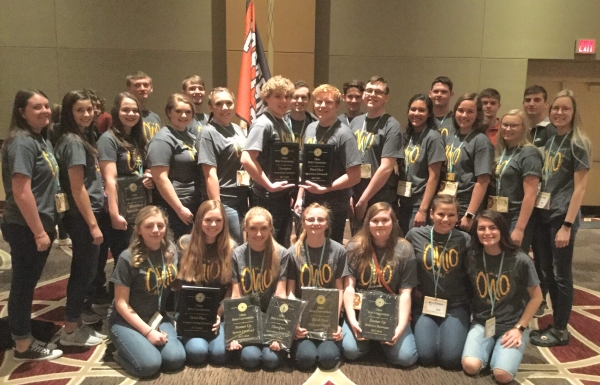