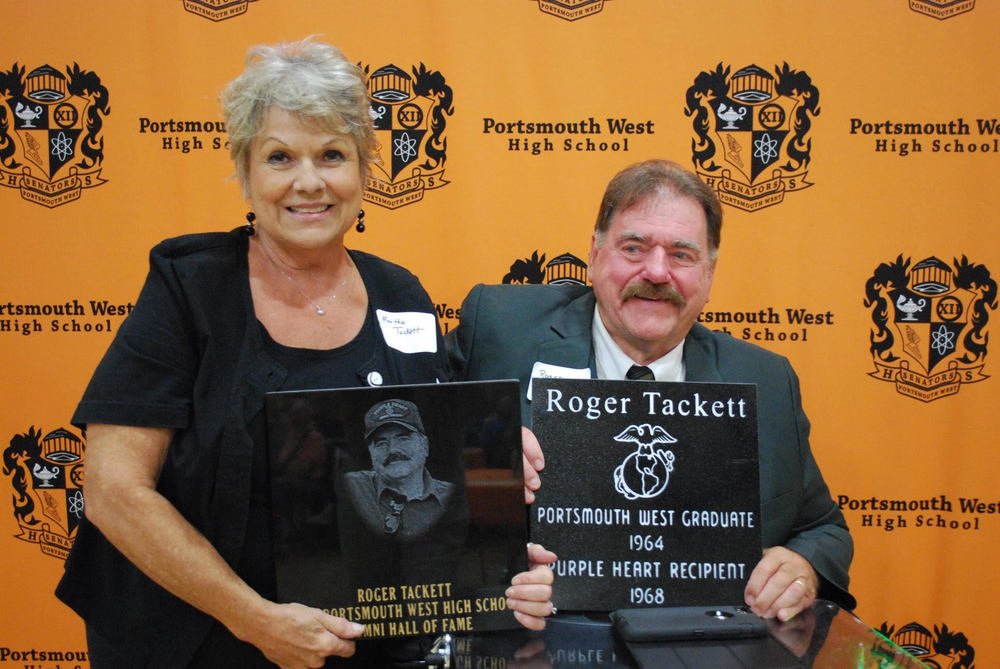 Mr. Roger Tackett, a 1964 graduate of West High School, was inducted into the West Alumni Hall of Fame this past August. Mr. Tackett enlisted in the Marine Corp in 1966, forgoing his college enrollment to fight for his country in Vietnam. He was critically wounded in action in 1967 which left him paralyzed from the waist down. In 1968, he received the Purple Heart for Military Service as a result of his valor in combat and the wounds he received.

He graduated from Wright State University in 1973, with a Bachelor's Degree in Political Science. Mr. Tackett ran for public office and was elected to serve as the Clark County Commissioner for six consecutive terms serving a total of 28 years. He oversaw the construction of the Clark County Administration Building and the Springfield Government Center during his tenure as County Commissioner. Mr. Tackett also served as Chairman of the Governor's office of Veteran's Affairs, and served on the Advisory Committee. During this time he helped elevate the Department of Veteran's Affairs to a cabinet level position and advocated a pay bonus for Iraq Veterans.

Mr. Tackett was twice named Ohio's Outstanding Disabled American Veteran and was also recognized or held office in the following:

Congratulations Mr. Roger Tackett in being inducted into Portsmouth West Alumni Hall of Fame and thank you for all the sacrifices you made for our country, our community, our veterans, and our families.