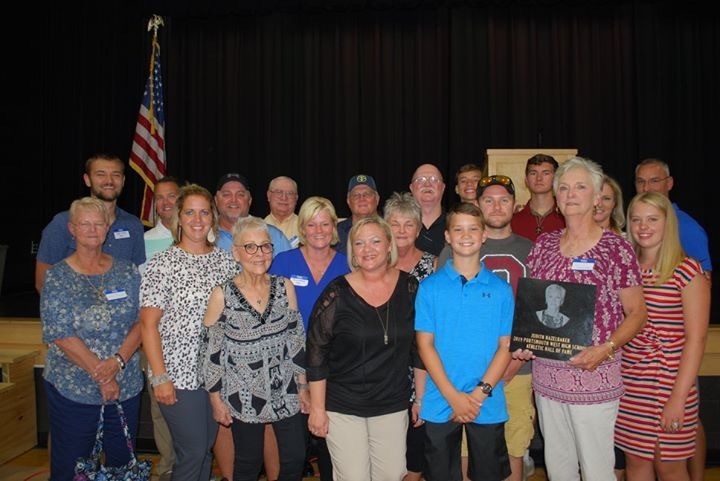 Judith graduated from Portsmouth West 1965 She played on West kickball team (only organized sport for girls at the time). Played other schools in the county.

Judith went to Morehead State earing her Bachelor’s degree in Health, Physical Education and Home Economics. Played basketball there for 2 years prior to Title IX. Morehead State recognized Title IX and sent the players to other schools to play but players had to pay for their own expenses. The basketball program was dropped after 2 years waiting on Title IX to go into effect. Judith was active in Intramural Golf, softball, volleyball, swimming having won several honors and set various school records at the time.  She continued her education earing her Master’s degree in Physical Education at Xaiver University.

Judith taught Girl’s Heath and Physical Ed at Portsmouth West High from 1970-1973. Judith was cheerleading coach, track coach and was responsible for starting the girls’ basketball program at Portsmouth West playing games anywhere she could find someone to play - Highland County, Adams County, and Ashland Ky being some of the teams.
West played in tournaments at White Oak High school two years the first year West was runner-up and the second year they won the championship. White Oak’s coach was her husband by the way.  This contributed to the first ever girls’ basketball trophy earned by the school. They played 6 player basketball the first girl’s game and continued that year and then went to a 5 player game.

Judith left West to continue her career at West Union School District to be closer to home.  She was responsible for getting girls’ sports program going winning several titles in cheerleading, basketball, and volleyball.

Ladies and Gentlemen if you had, or have a daughter playing basketball at Portsmouth West this person is where it all began. Please give a round of applause to Portsmouth West 2019 Athletic Hall of Fame Judith Kegley Hazelbaker.